We have been blessed with a wonderful fan of Jazz In The Kitchen. Mr Weissengruber came to us through our wonderful pianist Mark Eisenman, and has proved to be a bottomless source of jazz music knowledge. We are grateful to you, Max.

Here is Max’s ‘Performance Notes‘ to yesterday’s Jazz In The Kitchen #43. Thank you, Max!!!!

In classical music, there is a tradition of preparing performance notes for the pieces to be paid. They should be concise and informative, discussing the history and performances and critical responses. Normally read by audience members just before the piece is to be heard, the intent is to help the audience gain some appreciation of what is to follow.

JAZZ MUSICIAN EXCEPTIONS TO THE RULE

In many cases, jazz groups prefer not to determine song selections in advance because they derive so much pleasure from deciding, on the spot, what is to be played. It supports the improvisational nature at the heart of the jazz tradition but prevents performance (or ‘programme’) notes from being prepared and printed in advance of the jazz performances.

This is my attempt to provide “post mortem” performance notes, not that there has been any death but, rather, vivid life was breathed into a jazz concert by Mark Eisenman – Piano, Steve Wallace – Bass and John Sumner – drums. Host John Loach also added trumpet solos on some difficult pieces as did Patti Loach. The couple played a selection from Gabriel Faure’s Dolly Suite, normally written for piano 4-hands. Patti Loach coerced Mark Eisenman into playing a 4-hand version at the next concert.

1950. Written by Irving Berlin for the show Call Me Madam. The madam was legendary Washington hostess Pearl Mesta not a Madam like the infamous one at the Mayflower Hotel. It starred Ethel Merman (Zimmerman) who was also in the 1953 film version. Dianna Krall recorded her version in 1999.

1945. Composer Carl Fischer, lyrics by Singer Frankie Laine, an ebullient pop singer out of the Mitch Miller Columbia stable. Wilder also pointed out that the bridge or release maintains the style of the chorus, pointing out that normally the bridge displays introduction of new material. In this case, it does make sense when it begins “Times when I know I’ll be lonely etc.”

Bop pioneer Bud Powell composition. Little documentation on the piece which has sterling harmonic and rhythmic twists and turns, but is logical in an unique manner.

Dizzy Gillespie. Con Alma, unlike many jazz compositions, is not based on chord changes in earlier published popular songs. Rather it is an original, non-derivative composition.

A 1946 original by Bud Powell, originally recorded as “Bebop in Pastel”. This song, “Celia” and “Jeannine” by Duke Pearson all draw on the rich heritage of Bebop music, a tradition very near to the heart of pianist Mark Eisenman and assisted by Steve Wallace and John Sumner.

A 1960 jazz original by pianist Duke Pearson, a person considered to be in the hard bop tradition.

A 1948 Frank Loesser pop song, recorded by Bing Crosby with both Peggy Lee and Rosemary Clooney. The slow boat was intended to “Keep all your lovers, weeping on a faraway shore” (as long as the lady gave her permission.)

Written in 1916 by Raymond Hubbell for “The Big Show”. Here I must beg you to tolerate the great affection I have for this song, which I share with Alec Wilder. He wrote ‘It remains one of the loveliest ballads I have ever heard.” He also added “There is not a word of criticism I can conceive of for it.” Please remember that Wilder had very high standards and was only interested in “good songs’’ as opposed to “hit songs” despite their popularity. He also played through 17,000 songs deposited for copyright by 1950.
The verse is written in almost an opera style with traces of Orientalism and it foretells the tragedy that befalls the Poor Butterfly caused by the American sailor who never returned. If both Wilder and Weissengruber cannot convince you of the wonderful qualities of this song, please listen to Tony Bennett’s version of Poor Butterfly, as arranged by Johnny Mandel. The way he sings the verse is very much like a Puccini tenor not surprising given his deep roots in Italian culture and the bel canto tradition. Let me know if you agree.

This site uses Akismet to reduce spam. Learn how your comment data is processed.

Enjoying Jazz In The Kitchen?

Please add to the tip jar! 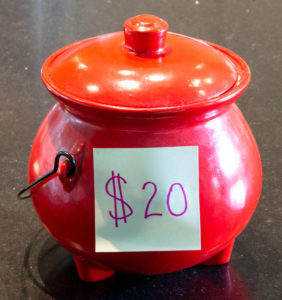 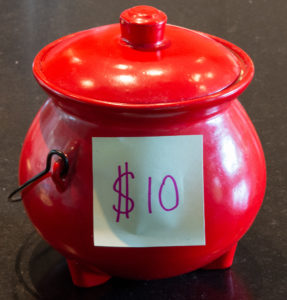 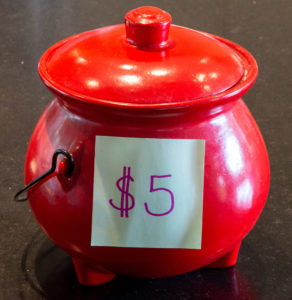 All proceeds to the musicians